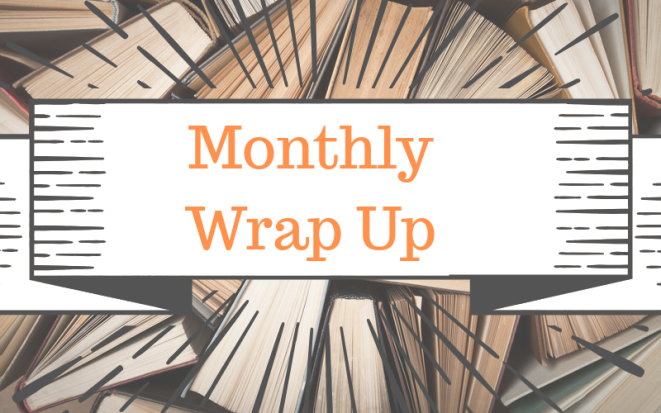 April, I hardly knew ye. This month has just flown right by. Time is very strange these days–either it’s dragging on forever or it passes in the blink of an eye and neither one of those is a comfortable feeling.

My reading was pretty crappy this month, for me at least. I only managed to finish 10 books. I know that’s still a lot and more than some people read in a year but those are low numbers for me! I finished 7 SFF books and 3 Romances although at least 2 of the SFF books I read were also Fantasy Romances (at least three others had big romantic subplots) and 2 of the Romances I read had speculative fiction elements (alt-history and some fantastical fae type stuff). So. Romance is getting me through this pandemic by golly.  You’ll see when May’s TBR goes up that I have Planned Accordingly.

Favorite Reads of the Month:

Still doing a good job keeping up with my reviews! Here are all the ones I posted in April in case you missed them.

I had a few other posts in April–a lot of r/fantasy related stuff going on! Still been doing good sticking with my ‘one discussion post a month’ goal. We’ll see how that goes as the months go on, I haven’t been feeling very creative lately so I have no new topics waiting around to be written about….

Let’s first see how I did with April’s plans! In April I wanted to get started on the new bingo challenge and I didn’t really do that at all. Not off to a great start but the good news is there’s plenty of time. I also wanted to catch up with some review requests and I got two read so there’s that. I have one more older request and then I ‘accidentally’ got an eARC of Melissa Caruso’s new book whoops. Two steps forward, one step back. I’ve done, well, at least some work on starting to buckle down on my TBR Pile of Doom but obviously a lot more work is needed.

May is the month of Wyrd & Wonder and I am SUPER excited for that since it’s a fantasy themed event and I am alllll about fantasy (it’s in the name!). I think for May I’m going to have two goals – catch up on my review requests that I have left (luckily I don’t have many) and read whatever I’m in the mood to read while keeping my blogging up to date. (Okay, that’s kind of three things whoops.) Really that’s it. I’m setting the bar pretty low. For reasons.

And that’s it! How did your April go? Leave a note in the comments, I’d love to chat!