I was tagged by Consu over at Paper Eyed Girl for this one. Thanks so much for the tag, I’ve had a blast filling this one out! If you haven’t been following Consu’s blog you should head on over and check out some of her posts because she has some great things to say about books. 🙂

I’ve read a lot of really stellar books so far this year, but I think I’m going to have to go with A Boy and His Dog at the End of the World by C.A. Fletcher. This is one I can’t stop recommending to people since I finished it. 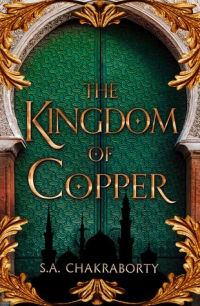 Hands down, The Kingdom of Copper by S.A. Chakraborty. I never had a sequel make me rethink so many characters and how I felt about them. So many revelations, twists and turns, aaaaah, I just loved this book and I can’t wait for the third one to come out.

New release you haven’t read yet, but want to?

SO. MANY. My Summer reading pile is basically books from earlier this year that I’m behind on, lol. I think Dreams of the Dark Sky by Tina LeCount Myers is one that I really want to get to but just haven’t been able to squeeze into my reading schedule yet. Soon, though! Soon!

Most anticipated release of the second half of 2019?

I have a ton of books I’m looking forward to in the fall and It’s really hard for me to choose between them so I’m picking two. Darkdawn by Jay Kristoff and Grave Importance by Vivian Shaw are both the finale’s of series that I’ve really loved so reading them will be both joyous and sad. I can’t wait to feel all of the feels!

So far, probably Once & Future by Amy Rose Capetta and Cori McCarthy. I wanted to love this book so much, but it just didn’t do it for me, unfortunately.

My Lady Jane by Cynthia Hand, Brodi Ashton, and Jodi Meadows. I had a lot of caution going into this one because I’m usually super picky about ‘historical accuracy’ when dealing with historical characters, but man this book was so much fun. It was hilarious and heartfelt and so very silly that I couldn’t help but love it.

Favourite new (to me) author? 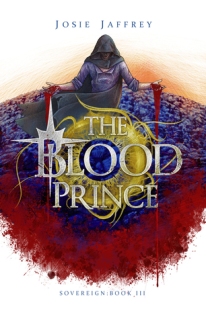 Josie Jaffrey! I’ve been reading her post-apocalyptic vampire series and it’s sooooo good. I need to read all of her stuff now.

I don’t really have fictional crushes? I mean, except for Mr. Darcy.

Every character in The Last Sun by K.D. Edwards. Maybe this is a cop out but don’t make me choose between them. 😀

Book that made you cry?

Well, I only cry during books sometimes, and usually only during certain kinds of scenes. I did cry at one point during A Boy and His Dog at the End of the World by C.A. Fletcher. This one scene in particular really got to me. If you’ve read it, you probably know which one.

Book that made you happy?

I’m going to cheat here and say Good Omens by Neil Gaiman and Terry Pratchett, even though this was a mini-series and not a movie. I’ve been anticipating this adaptation for years and it did not let me down. It was so great to see that flaming Bentley on screen.

Oh, well this is tough because I’m not usually happy with my reviews? I always think I can do so much better writing them! Maybe my review for The Kingdom of Copper by S.A. Chakraborty, I had a lot of fun writing that one at least. 🙂

Most beautiful book you bought or received so far this year? 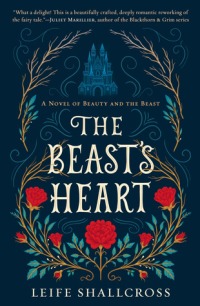 Beautiful like cover art? There are so many pretty books I’ve gotten so far this year. I really am in love with the cover for The Beast’s Heart by Leife Shallcross though. It’s just so pretty.

What books do you need to read by the end of the year?

Definitely the ones in my Summer TBR pile, as well as three or four of my most anticipated reads of the fall. I have so much reading to do… But one I really want to get to this year is This is How You Lose the Time War by Amal El-Mohtar and Max Gladstone. It looks like one of those really special books and I just don’t want to miss out on it.

I tag people because I love spreading panic:

I think most of the folks I follow have already done this one, so not tagging anyone this time around, but if you want to join in then consider yourself tagged! 😀

20 thoughts on “The Mid-Year Freakout Tag”