So, a couple of weeks ago one of my oldest friends (who now runs a comic book shop in PA) called me and said they’d gotten a huge collection of fantasy novels in (20 boxes) and would I like to come up and go through them before he did anything with them. Of course I was like ‘hells yeah’. Honestly didn’t think I would find much but boy I wrong. Boxes and boxes of fantasy hardcovers, most first edition first printings, all in great condition. I took three boxes home with me that day. And then I went back up two days later and brought back 3 more boxes of books for me and a couple of friends. And I got all of these for basically 50 cents each because my friend is awesome and he had paid next to nothing for these himself.

There are a few of these that I may not be keeping but I haven’t decided yet. Suffice to say the majority of these will end up in my personal library. There are also several of these that I already have in paperback, but I couldn’t resist the urge to pick up these magnificent hardcovers when given the opportunity. Aside from novels there are a bunch of other interesting things including a few graphic novels and artbooks! 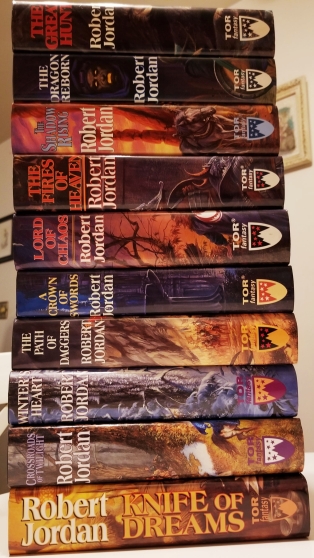 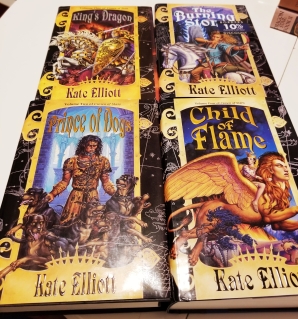 And apparently that wasn’t enough so I went back for more! 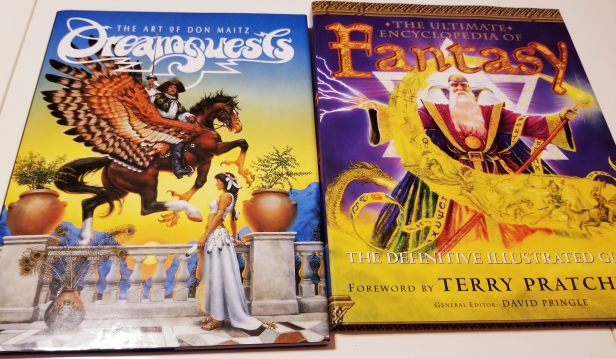 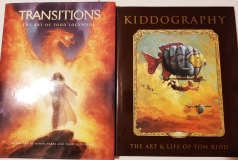 So yeah, this is a lot of books. I’m still trying to decide on a few to keep (for example I’m torn about the Hobb because on the one hand hnnnnnnng, but on the other hand I already have them all in paperback and they fit so well on my shelf and this isn’t a total complete set, but then again, hnnnnnnnnnnnng) but the ones I am keeping have been cataloged already and taken upstairs. I have to rearrange my entire library to fit these in so I’m probably going to wait until after Christmas because I think my husband has gotten me a bunch of books as a gift and I don’t want to have to do that twice in such a short period (it’s a lot of work).

Also, I should have another book haul post coming up soon-ish. I’ve gotten a bunch new ebooks, audiobooks, and a several review copies that I want to share as well. But that’s for another post. 😉

29 thoughts on “Massive Bookhaul of Massiveness”