July has been another busy month for me with lots of social engagements and a whirlwind of doctors appts — some planned and some unexpected! But, some of that is starting to wind down a bit and hopefully August won’t be quite as crazy. I’m disappointed in the number of reviews I got out this month, I really strive to do between six and eight and this time around it’s only been five. But still, that’s not too bad in the grand scheme of things.

I fell a little bit behind in my reading as well, but that’s already started to pick up again. I’ve managed to finish eight books, seven of them SFF. Phew! I have a giant TBR pile to get through, after all. I saw a couple of my friends from The Fantasy Inn doing the 24 in 48 reading marathon (read for 24 hours during a 48 hour period) this month and I’m thinking maybe I’ll try that if I can block out an entire weekend. It sounds both fun and exhausting, but maybe more fun than exhausting and I’m thinking of my TBR pile here…it may be a good thing to attempt. 🙂

Favorite Reads of the Month:

Here are all the book reviews that went up in July in case you missed them.

House of Many Ways by Diana Wynne Jones

I Was A Teenage Weredeer by C. T. Phipps and Michael Suttkus 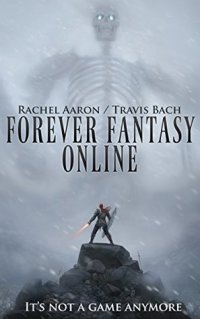 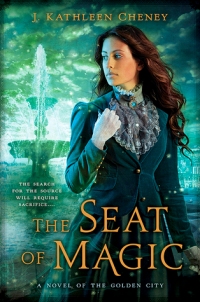 The Seat of Magic by J. Kathleen Cheney

A Reaper at the Gates by Sabaa Tahir

I posted a couple of articles I wrote on some of my favorite authors, a couple of book tag posts which are pretty fun (feel free to tag yourself!), and started a new weekly post called Friday Favorite Five. I made a new page for the Friday Favorite Five posts with an upcoming schedule of topics in case anyone wants to join in the fun. My blog partner also posted a review of a couple of SFF magazines.

So far my only concrete plans for August are to read more and try to post more reviews. I do have a few review requests and I’ll be getting to those as soon as possible. I actually made up a bit of a tentative reading schedule the other night for the months ahead but nothing set in concrete other than my requests because I’m a mood reader after all. I expect things to shift around a bit.

I also have the next meeting of my seasonal Fancy Tea Book Club this coming weekend so that should be a fun but exhausting weekend full of tea, food, books and good company. I keep saying I’m going to make a post about my book club but then I keep forgetting so maybe I should make that a goal for August as well. 🙂

Still participating in the Kushiel’s Dart read along on reddit’s r/fantasy community and I think that will be wrapping up some time in August. The plan is to take a month long break before starting the second book in the series, which will be great for helping me get some additional reading time in.

I’m planning to go to the World Fantasy Convention in November since it’s conveniently in my home town this year, so I’m starting to think about what to read in preparation for authors that may be attending so I can gush to them about their books. 😀

That’s it, my basic plan is to read more, write more. What are your plans for August? Hope you have a great month in reading!