Hello and welcome to TBR Shelf Cleanup. I’ll be going through all my physical unread books over the next several months and deciding what to keep and what to purge. There will be a third option–undecided–which I might ask for your input on why you think I should keep or purge that title from my list. You can also check out my full TBR pile here.

I’ll be using a random number generator to go choose books from my list, that will keep it from being a bunch of the same author’s books in a row. Also, if a book is part of a series (there are some parts where I have acquired several books of the series and haven’t started the series) I’ll only list the first book.

Sky Without Stars by Jessica Brody 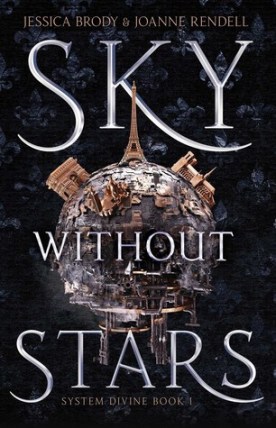 When the Last Days came, the planet of Laterre promised hope. But five hundred years later, it’s now a place where an extravagant elite class reigns supreme; where the clouds hide the stars and the poor starve in the streets; where a rebel group, long thought dead, is resurfacing.

Chatine is a street-savvy thief who will do anything to escape the brutal Regime, including spying on Marcellus, the grandson of the most powerful man on the planet.

Marcellus is an officer—and the son of a traitor. Groomed to command by his legendary grandfather, Marcellus begins to doubt the government he’s vowed to serve when he discovers a cryptic message that only one person, a girl named Alouette, can read.

Alouette is living in an underground refuge, where she guards and protects the last surviving library on the planet. But a shocking murder will bring Alouette to the surface for the first time in twelve years…and plunge Laterre into chaos.

All three have roles to play in a dangerous game of revolution—and together they will shape the future of a planet.

This is one I was sent for review and while I do appreciate the review copy I honestly don’t think I’m going to get to this one, realistically. I find Les Miz depressing and really don’t want to read anything related to it, even a re-imagining. This one does seem like a cool premise though, for someone else to enjoy but not for me. PURGE

The Deaths of Tao by Wesley Chu

The Prophus and the Genjix are at war. For centuries they have sought a way off-planet, guiding humanity’s social and technological development to the stage where space travel is possible. The end is now in sight, and both factions have plans to leave the Earth, but the Genjix method will mean the destruction of the human race.

It’s up to Roen and Tao to save the world. Oh, dear…

This is the sequel to The Lives of Tao. I really enjoyed that first book, it’s a fun science fiction series with a great concept and I liked the main character and there were training montages somehow in a book which really impressed me lol. I also have book 3, The Rebirths of Tao, sitting on my shelf. I’m still wanting to read these so going to hang onto them for now although I may put a time limit on them, like if I don’t read them in the next year then toss. KEEP 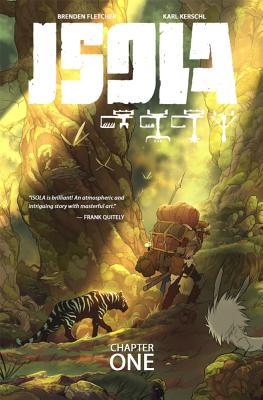 An evil spell has been cast on the Queen of Maar and her Captain of the Guard will do anything to reverse it. Their only hope lies on an island half a world away–a place known in myth as Isola, land of the dead.

This is a graphic novel that I recently added to my TBR pile. It shouldn’t take me long to read this one and also it’s “recommended for fans of Studio Ghibli and the work of Hayao Miyazaki” so I think that’s a big ‘hell yeah’. KEEP

How Long ’til Black Future Month by N.K. Jemisin 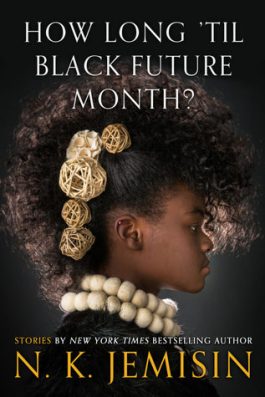 In these stories, Jemisin sharply examines modern society, infusing magic into the mundane, and drawing deft parallels in the fantasy realms of her imagination. Dragons and hateful spirits haunt the flooded city of New Orleans in the aftermath of Hurricane Katrina. In a parallel universe, a utopian society watches our world, trying to learn from our mistakes. A black mother in the Jim Crow south must figure out how to save her daughter from a fey offering impossible promises. And in the Hugo award-nominated short story “The City Born Great,” a young street kid fights to give birth to an old metropolis’s soul.

This is one my husband picked up for me last year and I just haven’t gotten to it because I’m shit at actually sitting down and reading short fiction. One of my low-key unofficial goals this year is to read more short fiction. I really love Jemisin and this is a recent add to the TBR so I’m definitely going to hang onto this one. KEEP

Mistress of the Solstice by Anna Kashina 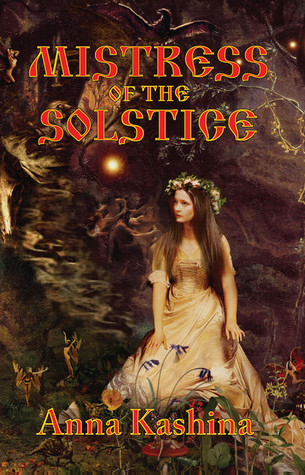 As the head priestess of the ancient Solstice cult, Marya must sacrifice a virgin every year. She copes with this gruesome duty by assuming a mask of cold detachment, as her father—the evil tzar Kashchey—devours the maidens’ souls to maintain his youth and power. It is his power alone that keeps Marya’s kingdom safe from all enemies—or so she was raised to believe.

When Ivan arrives on a quest to stop the virgin sacrifices, Marya throws all her magic against him. To maintain her life—and that of her father—she must destroy Ivan before he completes his quest. But can she find it in her heart to do so?

Baba Yaga, Leshy, Vodyanoi, and the ancient animal deities come alive in this beautifully crafted romantic story that will take you into the authentic world of Russian fairy tales—with a dark, sensual twist.

This is also a fairly recent add, picked it up at Balticon last year in the dealer’s room. This sounds like my type of book and I’ve been wanting to read something by Anna Kashina for a while. This is also a shorter book and I think it’ll be a quick read so it’s going to stay in the TBR for now. KEEP

Only purging a single book this week, but at least that’s one out of the TBR. No undecideds this week as I feel pretty firmly about all of these although I might purge the Tao books next year if I haven’t gotten to them by then. Any thoughts on these books, reasons I should change my mind or affirmations that I chose wisely? Let me know in the comments, I’d love to chat!