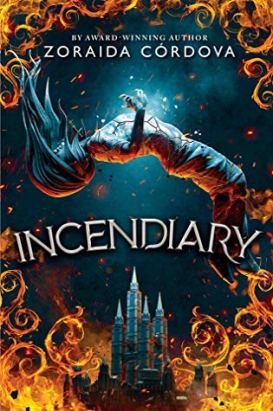 An epic tale of revenge and redemption in a world where a memory thief must fight against terrifying monarchs bent on the destruction of her people.

When the royal family of Puerto Leones sets out to destroy magic through a grand and terrible inquisition, spy and memory-thief Renata seeks to kill the prince, leader of the King’s Justice, who plans to use a terrible new weapon to wipe out the magic of the Moria…

I have yet to read a book by this author but this one just looks to interesting to pass up. Hopefully this will be the first of many reads! Incendiary is expected April 28th from Disney-Hyperion.