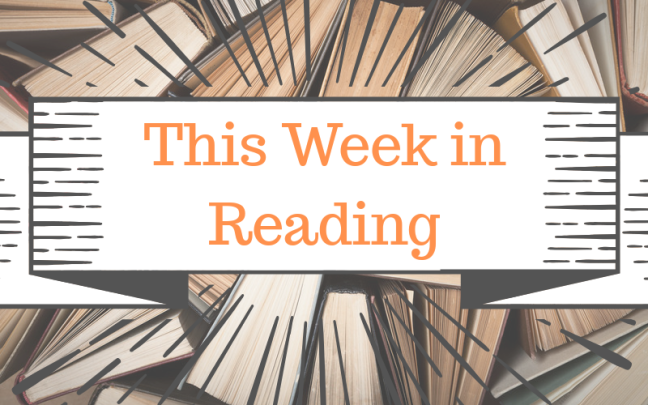 Well, I read A LOT over the last week but most of it was NOT SFF, but instead Romance. Sometimes one just needs a bit of a break from their preferred genre. 🙂 Actually, several of the romances also had some speculative fiction elements so I’ll probably do some mini-reviews of them here at some point.

Anyway. Because of my break I haven’t made much progress with my books from last week. Whoops! I did manage to finish up The Sinister Mystery of the Mesmerizing Girl by Theodora Goss though, so at least that’s one down! 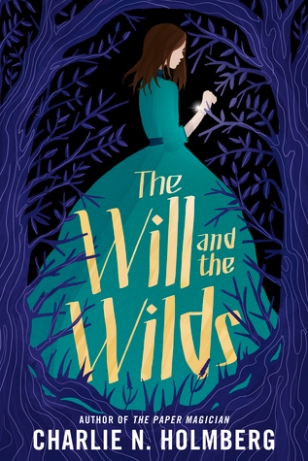 I just started The Will and the Wilds by Charlie N. Holmberg last night and I haven’t made it very far in (just a few pages) because then it was late and I wasn’t feeling well so I went to bed early. But, I like what I’ve read so far.

I’m not very far into Steel Crow Saga by Paul Krueger either. The narrator has a higher pitched voice which is making listening to this one a challenge for me as I keep unintentionally tuning it out as background noise. I’m going to try slowing the audio down and see if that helps. I may have to start it over as I’m really lost as to what’s going on but the bit that I’ve gleaned so far has me intrigued in regards to the world this takes place in. This is a longer than average book for me so I probably will be reading it into next week.

I’ll probably read some more print books this week other than the Holmberg but I don’t have any plans as to which. Might be some more romance or might be some other SFF books, not sure, we’ll see where my whim takes me. I do have one other eARC that I need to get to in early January, but we’ll see if I dive into that this week or next.

Those are my plans, such as they are. Like always, we’ll see if I can stick to them. What are you reading this week? Leave a note in the comments, I’d love to chat!

10 thoughts on “This Week in Reading: A Bit of a Break From SFF”

Bookmail! Excited to read this one. :)
I've had a reading buddy sidled up next to me all day. ❤
Too nice to stay inside. Getting some reading in surrounded by my spring garden, before summer turns it into a jungle out here. 🤣📚
Starting this one shortly. I have A LOT of books to read for May so I'm trying my best to read, read, read! Hopefully I'll have better luck than April. What are you reading this month?
Latest acquisition! This one seems really interesting, looking forward to checking it out.
A better picture of the new arrival, In Deeper Waters by F. T. Lukens. Excited for this one!