Well, last week was another bust with trying to finish books that I’m actually supposed to be reading. Major anxiety struck exacerbated by a few things I had going on and it all went downhill from there. Being a mood reader combined with anxiety and depression means comfort read city. I still managed to finish four books though, two fantasy (and fantasy adjacent) books–The True Queen by Zen Cho and The Princess and the Fangirl by Ashley Poston. I should have a review up for both of these fairly soon as I’m all caught up with scheduled reviews because I’ve been reading less fantasy lately. I also read two romances last week–A Duke in Disguise by Cat Sebastian and A Girl Like Her by Talia Hibbert. Both of these were pretty fun!

Saturday I went down to DC to the annual Sakura Matsuri with one of my friends. As usual, we had a great time, ate lots of yummy street food, and saw some fun performances. Also this weekend, I binge watched season three of Kim’s Convenience, such a fun show. It was a pretty good weekend even though I didn’t get a lot accomplished.

Not really sure what my reading plans are for this week. I want to read the books I’m supposed to working on for reviews but we’ll see what happens. Not putting any pressure on myself even though I’m already behind. So, as far as the line-up goes, pretty much the same as last week for print books. For audio, I had put a hold on The Goblin Emperor from my library and it’s auto checked out so I’ll be listening to that one. I’ve read the book before, a few times, it’s one of my favorites! But this will be the first time on audio. Now I can actually know how all the names are pronounced. 🙂 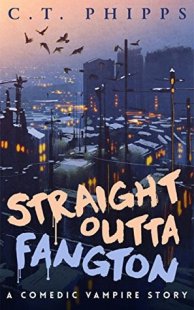 So, that’s my week in reading. Hopefully it will be more productive than last week. Other than reading I have a ton of catching up to do with blog posts, home projects, regular chores, etc. So this week will be catching up on lots of stuff, including reading. What are your plans for this week? Leave a note in the comments, I’d love to hear from you!

16 thoughts on “This Week in Reading: Stuck in a Rut”