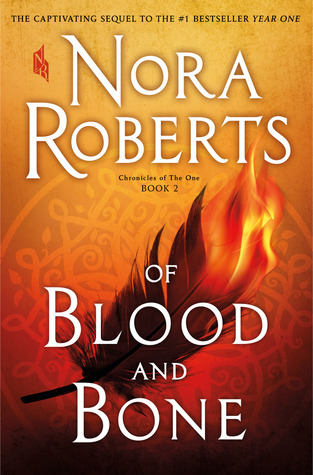 They look like an everyday family living an ordinary life. But beyond the edges of this peaceful farm, unimaginable forces of light and dark have been unleashed.

Fallon Swift, approaching her thirteenth birthday, barely knows the world that existed before—the city where her parents lived, now in ruins and reclaimed by nature since the Doom sickened and killed billions. Traveling anywhere is a danger, as vicious gangs of Raiders and fanatics called Purity Warriors search for their next victim. Those like Fallon, in possession of gifts, are hunted—and the time is coming when her true nature, her identity as The One, can no longer be hidden.

In a mysterious shelter in the forest, her training is about to begin under the guidance of Mallick, whose skills have been honed over centuries. She will learn the old ways of healing; study and spar; encounter faeries and elves and shifters; and find powers within herself she never imagined. And when the time is right, she will take up the sword, and fight. For until she grows into the woman she was born to be, the world outside will never be whole again.

Of Blood and Bone is the sequel to Year One, a book I read last year and very much enjoyed. I loved the way the first book ended but I was very much looking forward to diving into the next one and discovering what happened to some of the other characters and learning more about the journey Roberts was taking us on.

The story picks up years later, as we follow Fallon Swift’s childhood, growing on on the farm surrounded by the love of her family. This was such a switch from the devastation and unrest during the first book, it felt like a nice change of pace. It also made me realize that these kids growing up never experienced the world the way it was before the plague, before magic in the world was an open thing. Living in a somewhat sheltered environment, Fallon does have a certain sense of innocence, but she also knows what is looming on the horizon for her having been named ‘the one’, subject of a prophecy. As she grows older, closer to the age when she’s to be taken from her parents to be trained, the pressure does begin to wear on her family. But through it all Fallon is strong, even though she’s young, and determined to see this thing through. Nora Robert’s did a great job with her character, I think. We see a great mix of characteristics from both her mother and the father who raised her. Once she’s out on her training with Mallick, Roberts also does a great job of reminding us that she’s still a child. Sure Fallon is special, and sometimes she’s more than a bit uncanny with her maturity, but at the end of the day she’s still a young girl trying to figure out her place in the world (even if that’s already been appointed to her).

Aside from Fallon, it was great to catch up with some of the other side characters in the story, such as Katie and Fred (I love Fred!). The babies born in the last book have also been growing up and become young adults. Only the community they are living in is very different from the farm. Things aren’t always quite as safe and they have a different sense about the world around them. You can see these kids, while also still very much kids, have grown up quicker in some aspects. It’s obvious they’ve had to learn about survival how to be a contributing member of the community since they were very young.

I will say, though, that this book does suffer a bit from middle book syndrome as far as plot. Not too much, but it’s definitely there. It is very much the middle of a story, which leaves you wanting more from it at the end of the day. The plot here is very different from the first book and focuses on the early stages of people preparing for a war to come later on down the line. We spend a lot of time with Fallon training and perhaps that feels like it goes on for too long, while in reality it probably wasn’t enough time for her to have been trained well (but we can put aside reality somewhat, since this is fantasy and Fallon is, after all, The One). That is to say, there were a few parts where I felt like the story dragged, but for the most part the pace was okay.

Overall, I enjoyed this book although not quite as much as the first one. I still very much looking forward to the next book and seeing where the author takes us in this battle of light and dark forces. 3.5/5 stars.

9 thoughts on “Book Review: Of Blood and Bone by Nora Roberts”