Writing this one I’ve realized that I haven’t read as many award-winning novels as I had thought! But this was a fun list to put together and gave me an opportunity to talk about a few books I haven’t brought up before (and one that I have a lot because I love it that much).

Thomas the Rhymer won both the World Fantasy Award and the Mythopoeic Fantasy Award in 1991. This book is based on the ballad of the same name. There are many things I love about this story–the haunting trip to Elfland, the kindly older couple back in the real world, the beautiful prose…it’s just a lovely book with a bittersweet ending and I highly recommend it.

The Forgotten Beasts of Eld was the winner of the first ever World Fantasy Award back in 1975. I read this book for the first time in 2017 and it still felt fresh and new. I love this story so much, it made my Top Reads of 2017 list, so you can read a more full review there. This is a classic of the genre and well worth the time. I love McKillip’s prose most of all, and I’ve slowly been working my way through her works, but this may be my favorite so far. 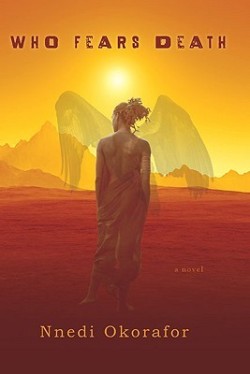 Who Fears Death won the World Fantasy Award in 2010. I hesitated picking up this book at first because for some reason I thought it would be too literary for me, but I’m so glad I read it in the end. It’s such a powerful story that deals with many topics, some of which will make you uncomfortable at times. But it’s so infused with magic and wonder, even in such a harsh world.

The Fifth Season won the Hugo award in 2016 and was nominated for so many other SFF awards that year, and boy is it an amazing book. Jemisin does things with this novel, uses writing techniques, that you don’t see a lot of inside of genre fiction and I think that’s something to admire. Aside from the technical aspects, it’s a really engrossing read with engaging characters and fantastic world-building. I still need to finish this series–why haven’t I done that?!! 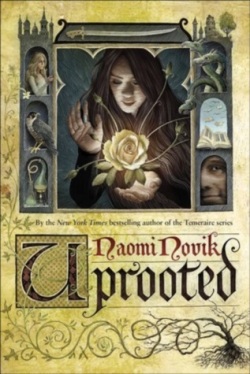 Uprooted won the Nebula Award, the Locus Award, and the Mythopoeic Award in 2016 and was nominated for the Hugo and the World Fantasy Award. Basically–a lot of people loved this book. This is a story that takes those classic fairy tale tropes and then does a bit of the unexpected with them in the end. I loved this story and I think the praise was well deserved. Now if only I could find time to read Spinning Silver…

So that’s my five for this week! What are some of your favorite award-winners? Thoughts on mine? Leave a note in the comments, I’d love to hear from you!