My schedule is a bit off this week because I need to catch up on review writing, so have a book haul post instead! 😀

Wow, it’s been a while since I’ve done a book haul post that was a regular book haul and not for some special event. So buckle up, cuz I’ve got a lot of books to highlight!

Thanks so much to Simon & Schuster Books for Young Readers for sending me Slow Burn by Tommy Wallach, and The Becoming of Noah Shaw by Michelle Hodkin. These look like interesting reads and I’m looking forward to getting into them!

Thanks also to Simon Pulse for sending me This Cruel Design by Emily Suvada. I’ve actually been meaning to check out the first book in this series, and I guess now I have more reason to bump it up on my list! (Also, that cover is amazing.)

Many thanks to Delacorte Press for sending me a copy of Stronger, Faster, and More Beautiful by Arwen Elys Dayton. This was such a lovely surprise, and I can’t wait to dig in!

Last but certainly not least, thanks to the folks at Wunderkind PR and Saga Press for sending me a copy of Mage Against the Machine by Shaun Barger. I’ve just started reading this one and I already have thoughts, so look for my review to come in the next week or two. 🙂

I have one lone eARC that I’ve received since last time (this is because I’ve really slowed down my requests! I know some people have piles of eARC’s to get through, but I only have three outstanding at the moment and I already feel like that’s too many, haha.) I’ve actually already read this since I’ve gotten the copy, and it’s a very cute, very YA book featuring the offspring of Greek gods and godesses as they fumble about trying to learn their way in their world, and ours. Look forward to my full review to come at some point!  Many thanks to Netgalley and the folks at Flux for providing this copy of Lovestruck by Kate Watson for review! 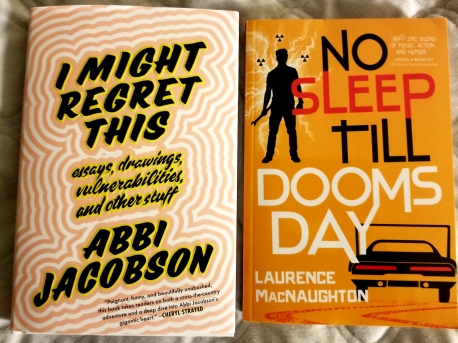 I’ve won two different books recently! This has to be some kind of record, because I usually never win anything! Thanks so much to the folks at Pyr for the copy of No Sleep till Doomsday by Laurence MacNaughton and also a big thanks to Lynn over at Lynn’s Book Blog for hosting the giveaway! Looking forward to checking out this series!

The second book I won is a non-fiction book, I Might Regret This: Essays, Drawings, Vulnerabilities, and Other Stuff by Abbi Jacobson. I’m very excited about this one because my husband and I are both Broad City fans, and Abbi actually went to school here in Baltimore at MICA, so I think this will be a pretty interesting read. I’ve already glanced through it a bit and her sketches are fabulous. Many thanks to Jennifer at Tar Heel Reader for hosting this giveaway, and to the publisher Grand Central Publishing for sponsoring the giveaway!

I haven’t bought any other physical books other than things I’ve gotten at special events or that one massive haul at my friend’s shop that I got super cheap, so I’m pretty proud of myself in that regard (next year is going to be hell on my wallet though, hahaha….). What I have bought though, is loads of ebooks and audibooks. I can’t help it….there’s so many sales this time of year! I’m susceptible to sales!

I’ve already listened to about half of these, reviews should be coming soon for Spellslinger and Shadow of the Fox. 🙂 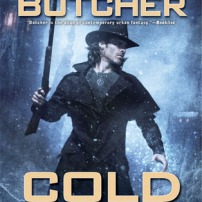 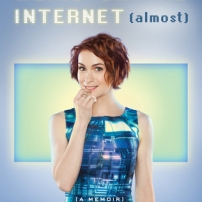 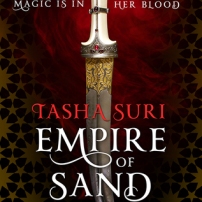 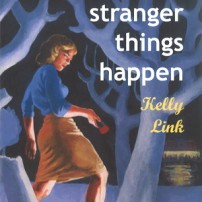 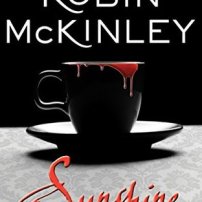 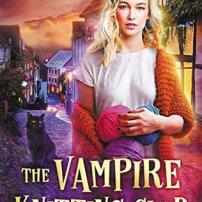 Whew, that was a lot! I don’t know what I’m going to do with all of these, guess I better get to reading! See anything here that interests you? Leave a note in the comments, I’d love to hear your thoughts on these!

Another arrival from Goldsboro's Fellowship club. I really love their editions!
I really loved Elizabeth Lim's previous series so of course I couldn't pass up the new one!
New Becky Chambers is always welcome. Very much looking forward to reading this latest novella.
A new arrival! Loving this alt cover for this edition of Sisters of the Snake! Can't wait to check this book out.
I haven't yet started reading Clear Card yet but I keep collecting them so I can binge them at some point haha. CLAMP fan for life lol.
Finally getting back to reading this weekend. Hopefully will be able to finish a book or two!