When I sat down to watch the pilot episode of the new Sleepy Hollow television series, I wasn’t sure what to expect. I knew that it was based on the story “The Legend of Sleepy Hollow” by Washington Irving, but being familiar with the tale, I couldn’t figure out how they’d manage to stretch that premise into a series. I guess where there’s a will, there’s a way! 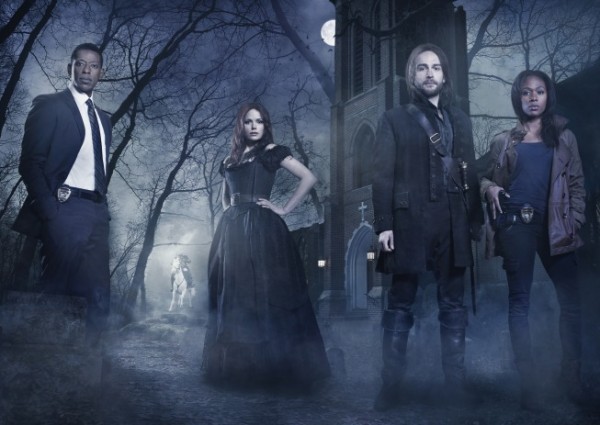 Sleepy Hollow doesn’t much resemble the tale from which it’s derived. Yes, there’s a headless horseman. Yes, there’s a character named  Ichabod Crane (who, unsurprisingly, is nothing like the Icahbod Crane of the story). Yes, it takes place in a town called Sleepy Hollow, NY. And, that about ends any resemblance to the original source material. Does that bother me much? Normally it would, but in this case, not really. If the ratings from last Monday’s premiere are any indication, it didn’t bother much of anyone.

The show follows Ichabod Crane (Tom Mison), a man displaced in time. He ‘died’ in battle during the Revolutionary War only to awaken and crawl out of his grave in modern times, and now almost everyone thinks he’s crazy (all things considered, he seems to be adjusting rather well). The only one that he can convince to believe in him is Lt. Abbie Mills (Nicole Beharie), an officer with the Sleepy Hollow PD. Of course, a rampaging headless horseman soon makes his way on to the scene, decapitating pretty much anyone that gets in his way. Fun times!

I really love the cast. I am especially enjoying Orlando Jones as Captain Frank Irving, just because I think he’s underrated and this show is letting him have a bit of range. I’m a bit sad that Clancy Brown was only in the one episode (there can be only one! episode, apparently) because I’ll admit that I’m a bit of a fan of his; even in this small role, he killed it. The two leads are fantastic as well, and I might already have a little bit of a girl crush on Nicole Beharie’s character.

Sleepy Hollow has a lot going for it:  a talented cast, a great spooky atmosphere, good special effects, and a hot guy with a British accent. But what about the story? That’s the thing I’m most on the fence about. They have, already in the first episode, built in a long-term storyline (seven years! someone’s hopeful about a long run), which is great to see that they’re thinking ahead (har!). And the twist (zomg! the apocalypse!), while not original, is smart. It’s worked out really well for other fantasy shows (Buffy the Vampire Slayer, Supernatural) so I’m hopeful that it’ll work out here, too. I just hope that they keep things fresh by adding some new twists and turns that haven’t been done before, because that’s what will continue to hold my interest. Well, that and hot guys with British accents.

If you’re one of the few people that hasn’t seen it yet, be sure to check it out. The first episode is on hulu for your viewing pleasure and future episodes of Sleepy Hollow air on FOX on Monday’s at 9pm ET.